We’re inching closer to being done with our monstrous year-end wrap, and with this, our next-to-last list, we’ll be taking a look at my top ten “special mentions” — that is, projects that have to do with comics, or are by cartoonists, but aren’t precisely comics per se in and of themselves. The term I settled on some time back was “comics-adjacent” works, and until something better comes to mind, I’m sticking with it. And so —

10. Folrath #3 By Zak Sally (La Mano 21) – The third and final “volume” of Sally’s riso-printed prose memoir of his life on the social, economic, and cultural margins in the early 1990s ably demonstrates that he’s every bit as gifted a writer as he is a cartoonist. I hated to see this end, but loved every page of it.

9. Bubbles #4 Edited By Brian Baynes (Self-Published) – Baynes came out of nowhere this year and started cranking out the best solo old-school ‘zine in recent memory, but with number four he brought in a small handful of contributors who all turned in exemplary work, and his interview subjects included one of my favorite of the “new crop” of indie cartoonists, Josh Pettinger, and long-time favorite Archer Prewitt, so this gets the nod as the best issue to date. Long may this project continue. 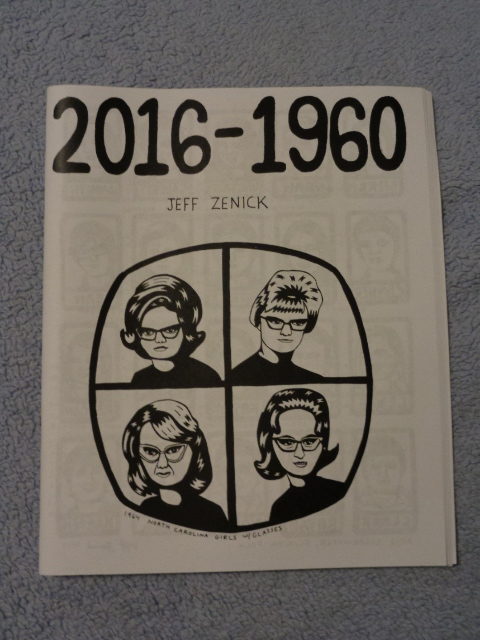 8. 2016-1960 By Jeff Zenick (Self-Published) – The ever-idiosyncratic Zenick’s latest illustration ‘zine presents a fascinating visual case study of changing social trends and customs via hand-rendered interpretations of high school and college yearbook portrait photos. Compelling and engrossing and maybe even a little bit wistful at the margins, this tells a strong story without resorting to so much as a single line of dialogue.

7. But Is It — Comic Aht? #2 Edited By Austin English And August Lipp (Domino Books) English and Lipp follow up a terrific debut issue issue with an even better sophomore effort, covering everything from EC to Anna Haifisch to weird 1990s kids’ comics to David Tea. Full disclosure : I’ve got a piece in this ‘zine, but it would have earned this spot easily regardless.

6. Crows By Jenny Zervakis (Self-Published) – A gorgeous but harrowing mix of prose and illustration that limns the collapse of a twenty-year marriage and the complete re-think of one’s life that goes along with it. As always, Zervakis finds a reason to go on via her love for nature — and nobody draws it better than she does.

5. Steve Gerber : Conversations Edited By Jason Sacks, Eric Hoffman, And Dominick Grace (University Press Of Mississippi) – The latest book in the long-running “Conversations With Comic Artists” series is also one of the best, presenting a career-spanning retrospective series of interviews with one of the most gifted writers and “far-out” thinkers in the history of the medium. If we see a “Gerber revival” of sorts in the future — and we damn well should — we can all point back to this as its starting point.

4. Bill Warren : Empire Of Monsters By Bill Schelly (Fantagraphics) – What turned out, sadly, to be the final project authored by noted comics and fandom historian Schelly was also one of his best, chronicling the life and times of the visionary publisher who brought the world everything from Famous Monsters to Blazing Combat. You hear the term “impossible to put down” a lot — this book really is just that. 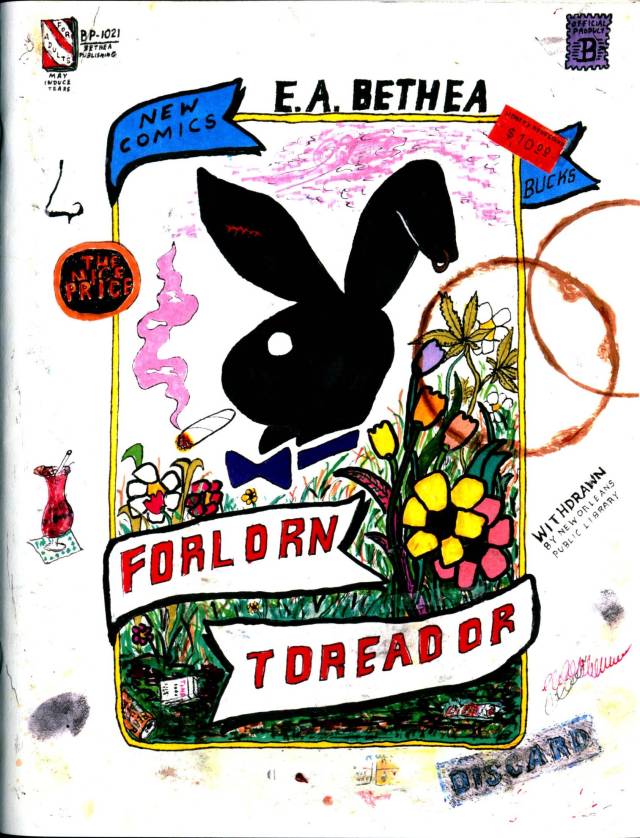 3. Forlorn Toreador By E.A. Bethea (Self-Published) – The latest (and likely greatest, but hey — they’re all good) ‘zine from the endlessly creative Bethea is a poetic exploration of times, places, and people gone that utilizes an intuitively- assembled mixture of comics, prose, and portrait illustration to paint a picture of the world as it both was and is. You’ll miss reading it before it’s even over.

2. Brain Bats Of Venus : The Life And Comics Of Basil Wolverton Volume Two, 1942-1952 By Greg Sadowski (Fantagraphics) – The second entry in Sadowski’s exhaustive biography of one of comics’ most legendary iconoclasts is painstakingly researched, engagingly written, and loaded with archival documents and well over a dozen fully-restored Wolverton stories that have never looked better. Somebody’s looking down on this “labor of love” project and smiling.

1. Loop Of The Sun By Daria Tessler (Perfectly Acceptable Press) – An ancient Egyptian myth of creation is brought to kaleidoscopic, phantasmagoric life in Tessler’s mixed-media masterpiece, a culmination of everything this visionary artist has been building up to in recent years. The most visually ambitious work to ever come out of a riso printer — and the most gorgeous book you’ll purchase this year.

Next up, we’ll wrap up our year-end review with a look at my choices for the top ten original graphic novels of 2019, but until then please consider supporting my ongoing work by subscribing to my Patreon site, where I serve up exclusive thrice-weekly rants and ramblings on the worlds of comics, films, television, literature, and politics for as little as a dollar a month. I make sure you get great value for your money, have no fear on that score, so do give it a look by directing your kind attention to https://www.patreon.com/fourcolorapocalypse