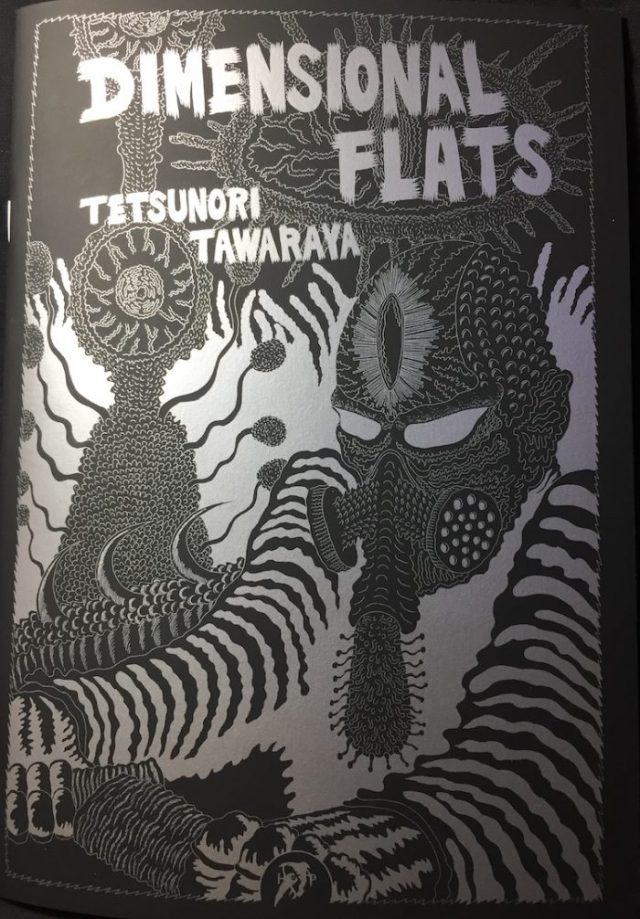 Disease and sickness are constant themes of Japanese cartoonist Tetsunori Tawaraya’s work — the worlds he depicts are mutated hellscapes populated by mutated hellspawn, after all, but even still : this one takes the concept to literal extremes. And the “this one” I refer to is 2018’s Dimensional Flats, a harrowing, fast-paced, hallucinogenic nightmare that’s freakishly funny, richly-rendered, and downright agaonizingly imaginative.

Our ostensible “hero” in this story is one Dr. Horsey, a kind of “medical cop” who battles mutated viral infections with a “disease ray” and has accrued to himself a loyal group of fellow “officers” who would go to to any lengths to assist him in his germ-killing — and good thing for that, because that’s exactly what they’ll have to do when a visit to an afflicted patient living in a kind of surreal tower block ends up transporting the poor doctor to an alternate dimension that is a physical manifestation of the virus he’s hunting itself writ large. In fact, writ gigantic. 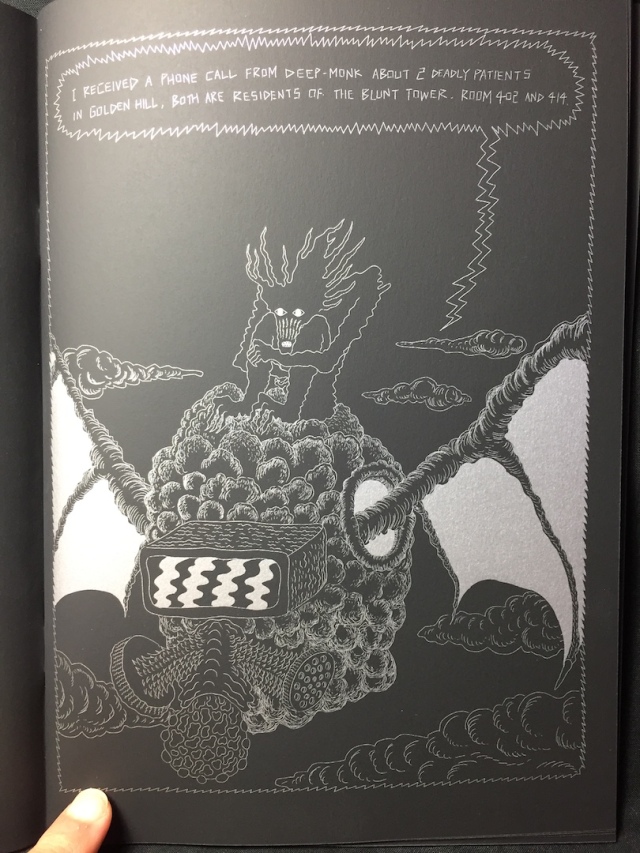 As with Hollow Press’s other Tawaraya publications, this is presented in metallic silver ink on black-as-night paper, and the definition and detail in his art really leaps off the page here, each illustration looking like the product of days spent at the drawing board. It can be a bit staggering, in fact, trying to take it all in, but it’s never less than an utterly engrossing experience — the story may be on the threadbare side, but the sheer effort put into its visual execution is something to behold. There’s something almost Lovecraftian about Tawaraya’s monstrosities, but they’re rendered with such unbridled glee that it’s hard to see any of good old H.P’s famous dourness anywhere in them — and even harder not to get carried away right along with the artist himself. 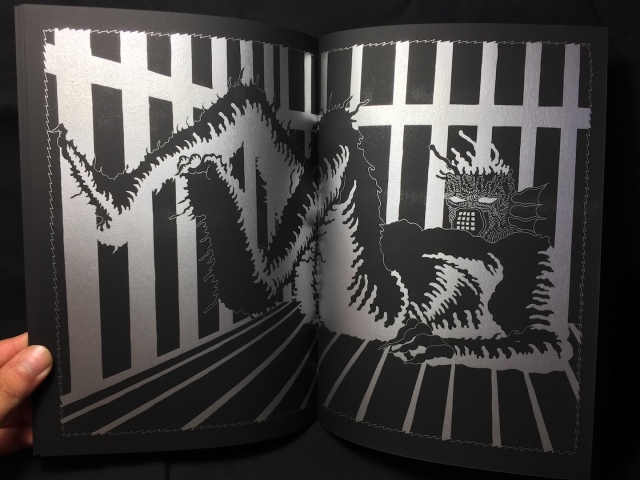 And getting carried away you surely will — Tawaraya constructs his plots with the ferocity of a speed freak (or, if you prefer, a speed demon), but offers you plenty to get lost in even as you’re swept along by his whiplash-inducing pacing. Every page offers so much to pore over, to examine and re-examine, to parse out in the most microscopic detail, but don’t let that foll you — the overall feeling here is unquestionably one of “damn, this thing is fast.” 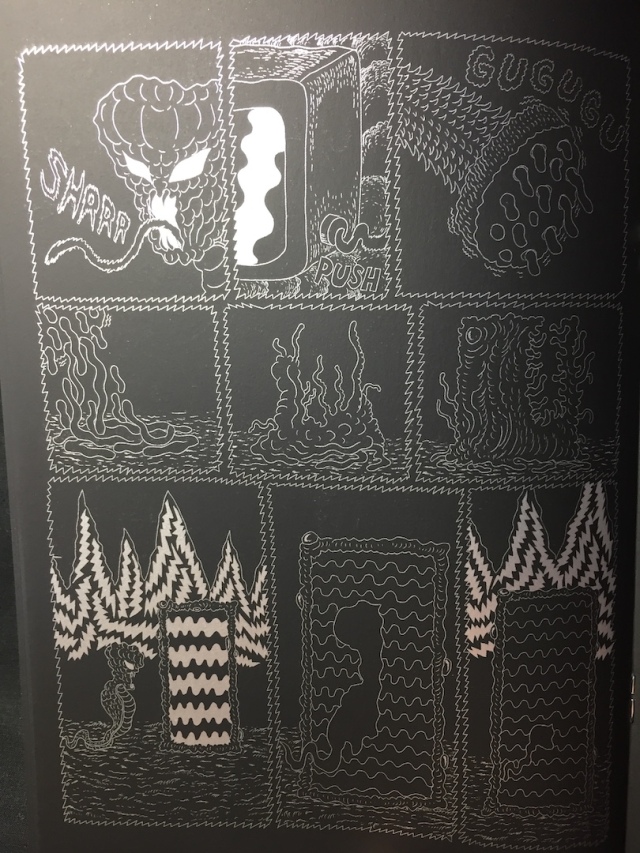 But then, when you’re talking about inter-dimensional doorways, coagulating and coalescing bio-monstrosities, nebulous giant germs, and teleportation-based rescue missions, time is probably bound to feel like it’s moving differently, and the idea that you can pore over each page of the story for a good ten minutes or more yet still feel like you’ve been on one of the most intense roller-coaster rides of your life is probably no more anomalous than anything else that comes part and parcel with the experience. And that’s the crucial thing right there — like all Tawaraya works, you well and truly experience this much moreso than merely “reading” it.

As a pure distillation of what he does best — hell, what only he does at all — it’s pretty hard to come up with a better example than this, in fact. It’s a fever dream with heavy emphasis on the “fever,” a transmission from a dimension every bit as alien as the one it depicts. It’ll blow your mind, sear your eyeballs, and leave you reeling. Get lost in the insanity — even at the risk of never being able to come back.

Dimensional Flats is available for $15.00 from Floating World comics at https://floatingworldcomics.com/shop/comic-books/dimensional-flats-by-tetsunori-tawaraya

Also, this review — and all others around these parts — is “bought to you” by my Patreon site, where I serve up exclusive thrice-weekly rants and ramblings on the worlds of comics, films, television, literature, and politics for as little as a dollar a month. Subscribing is the best way to support my continuing work, so I’d be very appreciative if you’d take a moment to check it out by directing your kind attention to https://www.patreon.com/fourcolorapocalypse

One thought on “A Tetsunori Tawaraya Double-Bill : “Dimensional Flats””