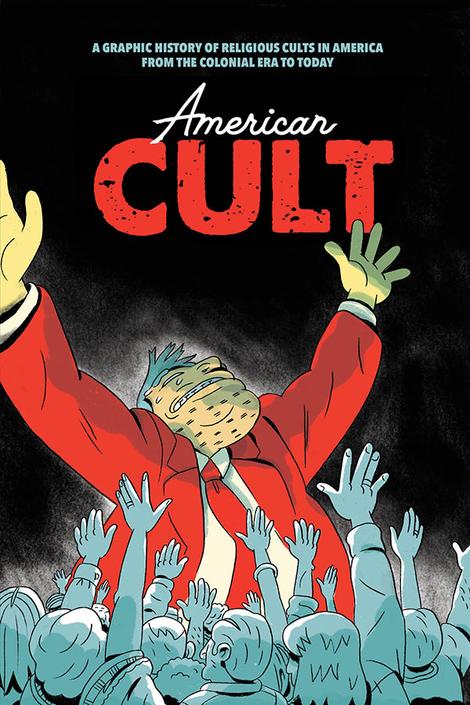 This isn’t my usual custom, but since I collaborated with Mike Freiheit on the story “Walk A Mile In My Shoes : A Jonestown History” (I wrote it, he drew it) in editor Robyn Chapman’s new Silver Sprocket-published anthology American Cult, I thought I’d shamelessly plug it here and, of course, encourage all of you to order it. I’ll have more to say about it on my Patreon in fairly short order, I would guess, but for now I’ll regale you all with some sample art pages from the book and the publisher’s official promotional text. I’ll resume regular programming (that being reviews, naturally) with my next post, I promise, but hey, this is the first comic I’ve been a part of as a creator, so I hope you don’t mind indulging me a bit — and I also hope you’ll consider supporting this very worthy project.

From its earliest days, America has been home to spiritual seekers.

In 1694, the religious tolerance of the Pennsylvania Colony enticed a Transylvanian monk and his forty followers to cross the Atlantic. Almost two hundred years later, a charismatic preacher founded a utopian community in Oneida, New York, that practiced socialism and free love. In the 1960s and ’70s, a new generation of seekers gathered in vegetarian restaurants in Los Angeles, Satanic coffee shops in New Orleans, and fortified communes in Philadelphia. And in the twenty-first century, gurus use self-help seminars and get-rich-quick schemes to evangelize to their flocks.

Across the decades, Americans in search of divine truths have turned to unconventional prophets for the answers. Some of these prophets have demanded their faith, fortunes, and even their very lives. In American Cult, over twenty cartoonists explore the history of these groups with clarity and empathy—looking beyond the scandalous headlines to find the human stories within.