Still firmly in catch-up mode (but with light at the end of the tunnel), this week’s grab-bag of items that arrived in my mailbox includes three self-published comics from Kalen Knowles, one of the most distinctive voices in the Seattle underground, and another from Philly’s Pat Aulisio, who continues to blow me away with his idiosyncratic visions. Why waste time? Let’s have a look at the good stuff, and this time out it’s all good —

Knowles’ Journal is like nothing else I’ve ever seen in my life, a densely-packed sketchbook diary (think the Wimpy Kid books and you’re getting warm) told from the POV of a young octopoid alien named Atticus that is almost disarmingly clever and imbued with a genuine sense of charm and wonder throughout. Atticus’ world — hell, his entire space/time continuum — bears certain similarities to our own, but rather than employing these as set-pieces for a straight allegorical tale, Knowles fashions a springboard from which to hint at any number of wild, even inexplicable, differences, and the end result is something equal parts utterly alien and entirely universal. You get a hell of a lot of storytelling for your five bucks here, all of it deliriously inventive, and if you pass on this, you seriously ought to have your head examined.

Stick Guy Comics is a varied, but generally pretty impressive, collection of one-page strips Knowles produced as part of Seattle’s monthly DUNE cartooning “jam sessions,” wherein participants would get together at Cafe Racer and produce an entire ‘zine’s-worth of comics in a single night. The character of Stick Guy is exactly what he sounds like, and there’s a definite Michael DeForge “vibe” to most of these stories, with basic and colorful shapes being utilized in service of (mis)adventures that are eminently easy to relate to, yet no less weird for that fact. As you’d no doubt expect given the circumstances under which they were created, some of these strips are more successful in terms of doing what they set out to than others, but when they “hit,” they really “hit,”  and truth be told even the “misses” are still interesting. Not an essential purchase by any means, but still well worth the five dollar asking price. 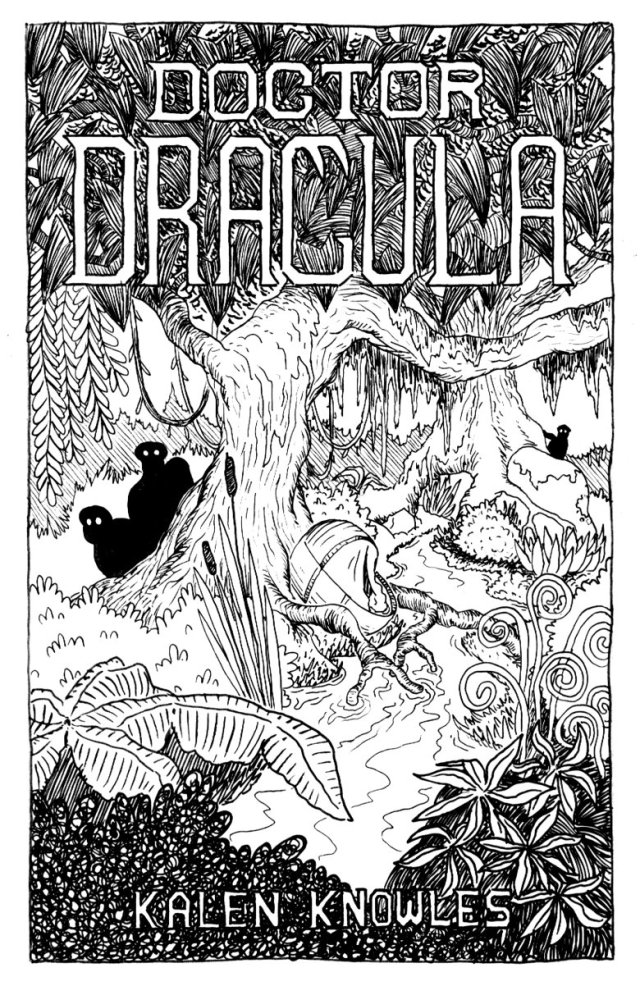 I doubt Knowles knows it, but the title for his Doctor Dracula comic is pretty similar to an aborted Ed Wood project called Dr. Acula, and like Wood’s films, this feels like art that arrived here from another dimension. Combining the stories of Tarzan, Dracula, Sherlock Holmes, Frankenstein, and even Gilligan’s fucking Island into one bursting-at-the-seams package of “high weirdness” might sound like a lot to fit into a mere 16 pages, but not only does it all work, it all hews to a strangely coherent inner logic, and is damn funny, to boot. Knowles’ B&W artwork in this one is richly-detailed, expressive, even lavish, betraying just a hint of Rick Geary influence (never a bad thing in my book) around the margins. You’re gonna want to read this one twice through before putting it down, just to see if you missed anything the first time around, and if your comics budget for the month is only three dollars, this wouldn’t be a bad thing at all to spend it on.

Knowles also sent me a terrifically bizarre and broad-themed mini called Intervals that I can’t seem to find available for purchase anywhere online, but if you can cajole a copy out of him, I highly recommend you try to do just that — as for everything else, it’s available from his Big Cartel shop at https://kalenknowles.bigcartel.com/ 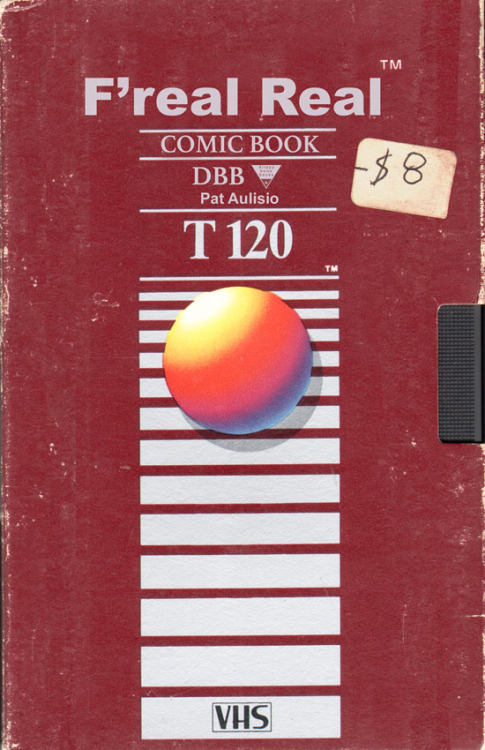 F’real Real is a mind-bending solo (well, for the most part) anthology from Pat Aulisio that features such a varied assortment of short, mostly full-color, strips that it’s fair to say there’s truly something for everyone in here — provided, of course, that “everyone” is a little bent. Once you get past that absolutely awesome cover you’ll find —among other, errrrmm, “delights” — tales of repetitious cuckolded cat-burglars, broke ex-wrestlers, dimension-hopping Japanese rock bands, and my favorite, a hot-rodder in the Big Daddy Roth mode who is in hock to a demonic space alien that requires young flesh to feast upon. Aulisio’s art has a raw immediacy that makes even the likes of Brian Chippendale look overly-professional and conservative, so your only option here is to hold on for dear life and try to survive the ride.

Printed on slick, glossy paper and featuring heavy-duty cardstock covers, this “co-production” of Drippy Bone Books and Aulisio’s own Yeah Dude Comics is well worth the eight bucks he’s charging for it and can be ordered directly from the cartoonist at http://yeahdude.storenvy.com/collections/50621-all-products/products/12163422-freal-real

And with that, we’ll call it a wrap for this week’s column. Next time up we’ll be taking a look at — shit, you know what? I don’t even know yet. But I’m pretty well caught up with what folks have been sending me in the mail, so maybe I’ll find something interesting at the shop this Wednesday? One can always (or should that be only ?) hope!