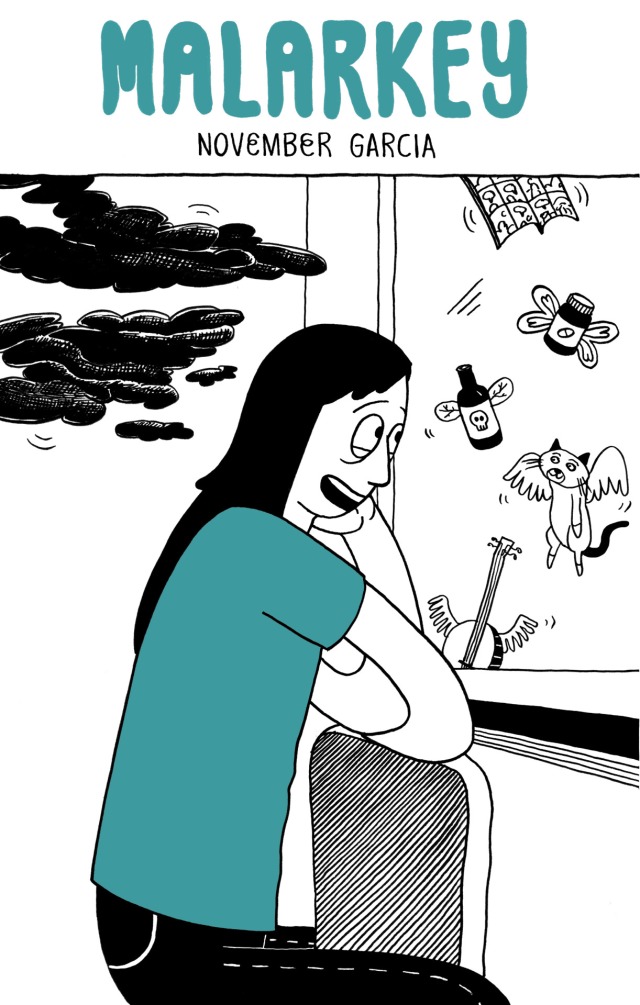 To the extent that Filipino cartoonist November Garcia is a “known quantity” in  American small-press comics, it’s for her Hic And Hoc-published book Foggy Notions from a couple of years back, but now that John Porcellino is stocking the first two issues of her self-published autobio series Malarkey at Spit And A Half, I’m sincerely hoping that a lot more attention is in store for her. 2017 was a breakthrough year for the likes of Emil Ferris, Ben Passmore, Eric Kostiuk Williams, Katie Skelly, and other formerly-emerging talents — if I had to place a wager on the first person to “break through” in 2018, it could very well be Garcia.

I confess to not being terribly “plugged in” to the contemporary cartooning scene in the Philippines, but I know that the country’s rich tradition of woodcut art heavily informed the work of such “Big Two” luminaries as Alfredo Alcala, Gerry Talaoc, Rudy Nebres, and the singularly brilliant Alex Nino — all of whom contributed to keeping the comics industry afloat in the 1970s and ’80s, in some cases even helping to propel the visual language of the medium forward considerably, and for their troubles were paid bargain-basement wages referred to by Marvel and DC themselves as (I wish I were making this up, but I’m not) “Filipino Rates” — but to the extent that Garcia follows in the stylistic wake of anyone who came before her, it would be that left by more recent “indie” luminaries like Noah Van Sciver, Gabrielle Bell, Tom Van Deusen, and the previously-mentioned Mr. Porcellino. In the end, though, her work is absolutely singular in its tone, presentation, narrative rhythm, and sheer utility.

Simply put, Garcia’s varied-length strips are every bit as familiar to somebody who “speaks comics” fluently as they are to someone who’s “comics illiterate.” Her figure drawing is efficient, practical, and betrays more than a hint of warmth and, dare I say it, innocence, while her stories tend to revolve around daily-life complexities that, in the hands of a less-attuned artist, would be depicted in a matter ten times more grim : neuroses (insecurity being first and foremost on the list), family dysfunction, doomed relationships, and alcoholism. There’s no way this stuff should be fun, but in Malarkey, God help me, it is.

To say that takes a “deft touch” would be putting things too mildly, as would also be the case if I referred to Garcia’s masterfully-understated observations of the mundane as “wry.” In truth, there’s a powerful understanding of the human condition on display in this comic (one aided and abetted by a limited by highly effective use of color in the second issue), albeit one that knows how to communicate that understanding in a completely non-threatening, even casual way. There are autobio cartoonists out there who have been striving for years to “get the balance just right” — Garcia’s had it dead to rights from the beginning. 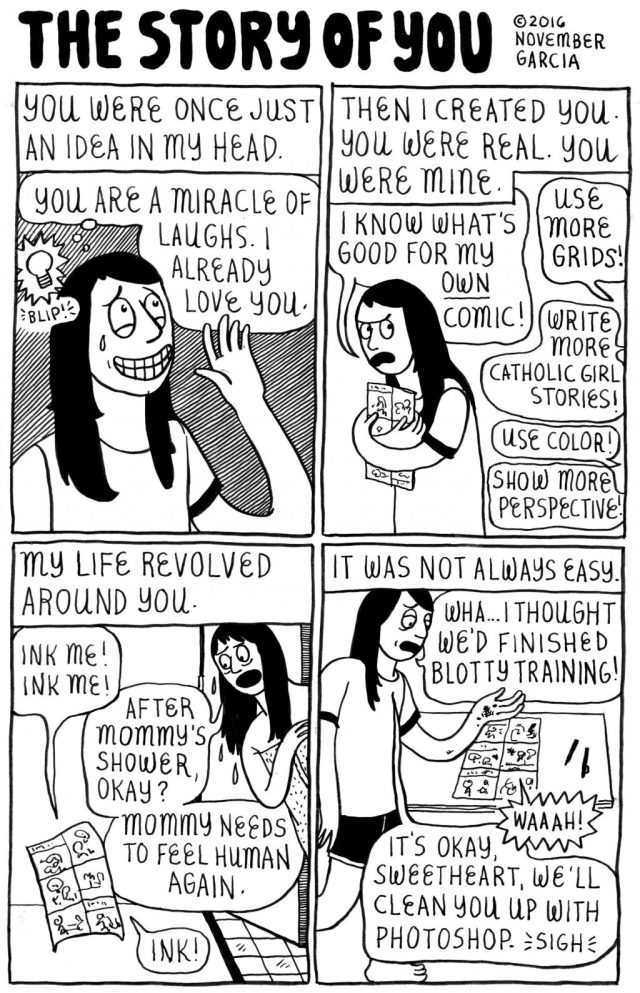 Some of the usual critiques that are frequently applied to the genre in a more general sense can be leveled here by those looking for holes to poke — this stuff is an exercise in navel-gazing, it’s self-important, you know the drill — but if that’s your opinion, then you should be avoiding autobiography and/or memoir altogether. Stick with the capes and tights; I read plenty of that stuff too and I’m not going to judge you negatively for your tastes. But if this sort of thing is your sort of thing, you’re going to be enamored by Malarkey the moment you open the cover. That’s a promise.

There are some things to keep even the seasoned autobio reader guessing, though, too, fear not — apart from the drop-dead hilarious “My Weepy Ex” one-pagers, Garcia usually eschews strip titles and clear conclusions; the next page may be a direction continuation of what was happening on the previous one, and it may not. One would probably surmise that this means the pacing is stilted, “jerky,” but it actually works amazingly well and reflects the true nature of memory as a series of vignettes strung together, a pastiche of first-person observations that may not flow, but certainly do fit. And besides — nobody ever hung a “The End” banner across the doorway when you knocked off work or left the grocery store, did they? 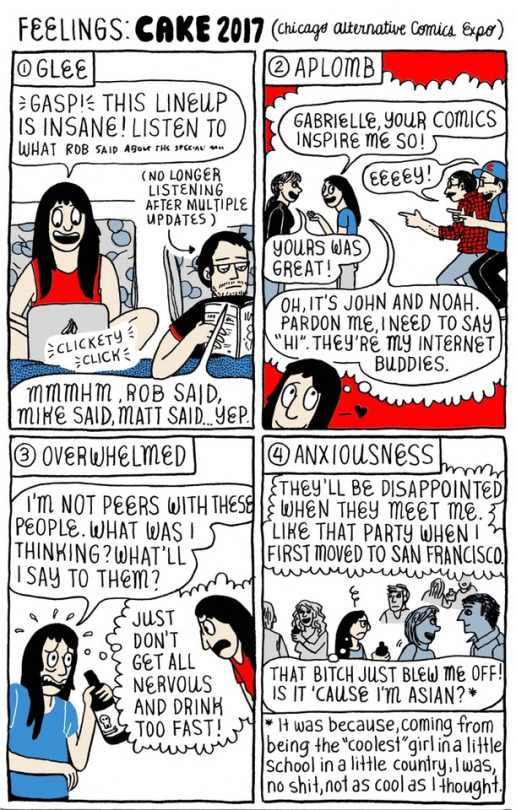 There’s a tremendous amount to admire in Malarkey — so much so that I struggle to categorize all the things about it that impress me. It’s honest, it’s self-deprecating, it’s witty, it’s smart, it’s superbly illustrated, and it’s utterly devoid of pretense. If you were to strip away the layers of bullshit so many cartoonists surround themselves with in their portrayals of their “real” lives, boil down the essence of the things they get right, and filter it through a lens that sees the humor inherent in just about everything, this is what you’d get.

I don’t know November Garcia — and based on her portrayal of herself in her comics I’m not sure I could deal with her for more than a short amount of time — but that doesn’t mean that I can’t love her anyway, and goddamnit, I think I just might.

Check out samples of her work at https://novembergarcia.com/

And order issues one and two of Malarkey at http://www.spitandahalf.com/