The 2018 ” Top 10″ train keeps rolling! This time out : my ten favorite ongoing series of the year. Open-ended or limited runs are fine, as long as the books in question adhere (however tenuously, in some cases) to a production schedule of some sort. Ongoings that release one issue a year (or less) are not eligible in this category, although many such series — like Sean Knickerbocker’s Rust Belt and Anders Nilsen’s Tongues, to name just a couple — were represented in my previously-posted “Top 10 Single Issues” list. And so, with all that out of the way —

10. Exit Stage Left : The Snagglepuss Chronicles By Mark Russell And Mike Feehan (DC) – While never quite reaching the same heights as Russell and Steve Pugh’s The Flintsones, this re-imagining of the classic Hanna-Barbera cartoon cat as, essentially, Tennessee Williams was still a superb take-down of McCarthyism, and was a topical, poignant, and fun read with obvious parallels to the Trump era. Feehan’s crisp art looks like a million bucks, and the flat-out superb coloring of Paul Mounts makes it look like two million.

9. Abbott By Saladin Ahmed And Sami Kivela (Boom! Studios) – Not since Sugar Hill have blaxploitation and the occult been paired this successfully, and besides featuring the breakout protagonist of the year, this 1970s-set series touched on a boatload of social problems that, you guessed it, still haven’t gone away. Both story and art were pitch-perfect for the material, and my sincere hope is that Ahmed and Kivela will be getting to work on a sequel sometime in the not-too-distant future.

8. Shanghai Red By Christopher Sebela And Joshua Hixson (Image) – A thoroughly engrossing historical fable of crimping, piracy, and gender-bending that flew well below most folks’ collective radar for some reason, this five-parter made damn sure you’ll never look at the history of Portland, Oregon the same way again. Lavishly illustrated and sharply written, this is one you absolutely need to seek out in trade if you took a pass on it in singles.

7. Daygloayhole Quarterly By Ben Passmore (Silver Sprocket) – I’ll just come right out and say it : Passmore’s hilarious, absurd, and eminently relevant take on post-apocalyptic “life” probably deserves to be ranked as highly as second or third on this list, but — it’s a reprint series, and therefore I’m skirting my self-imposed ruled by even allowing it “through the door” in the first place. Still, it’s so damn good that I had to find a way to include it, even if it meant fudging things on the margins a bit. If you’re not reading this/haven’t already it, you’re missing out on something well and truly extarordinary. And yes, I use that term with precise intent.

6. Prism Stalker By Sloane Leong (Image) – Feminist sci-fi of the highest order and one of the most visually captivating comics of the year, Leong has created a work for the ages here, as well as a marvel simply to look at. An intoxicatingly beautiful marriage of form and function that defies easy categorization every bit as much as it defied the odds by getting published by one of the “major indie” outfits in the first place, this title knocks you back and leaves you reeling. 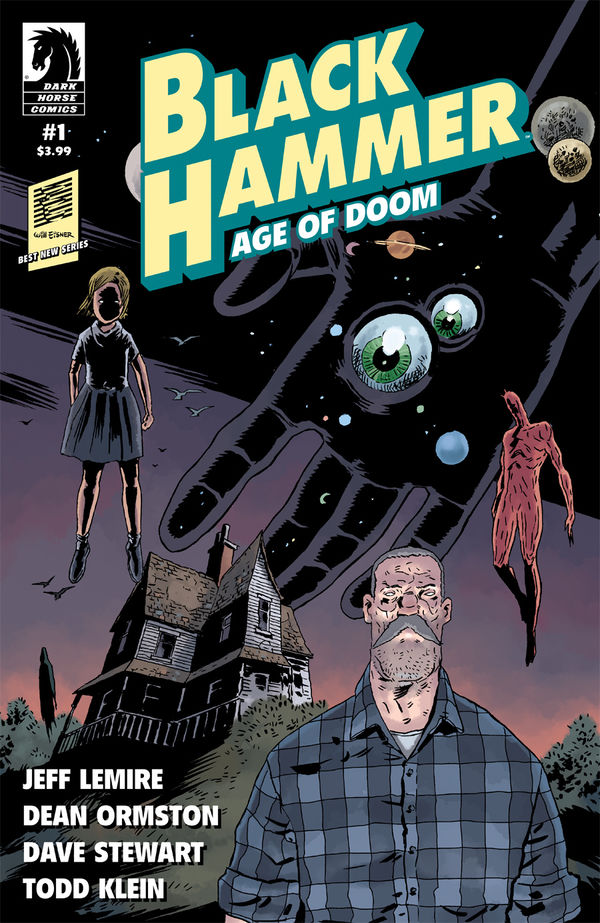 5. Black Hammer : Age Of Doom By Jeff Lemire And Dean Ormston (Dark Horse) – The second “season” of the last word in super-hero revisionism may not break new ground in the same way the first did, but even at 75% (roughly) of its initial glory, this is still absorbing, compelling stuff, that both creators are quite clearly pouring all kinds of heart and soul into. And when one of ’em needs a break, who the hell in their right mind is gonna argue about Rich Tommaso filling in on art for a couple of issues? 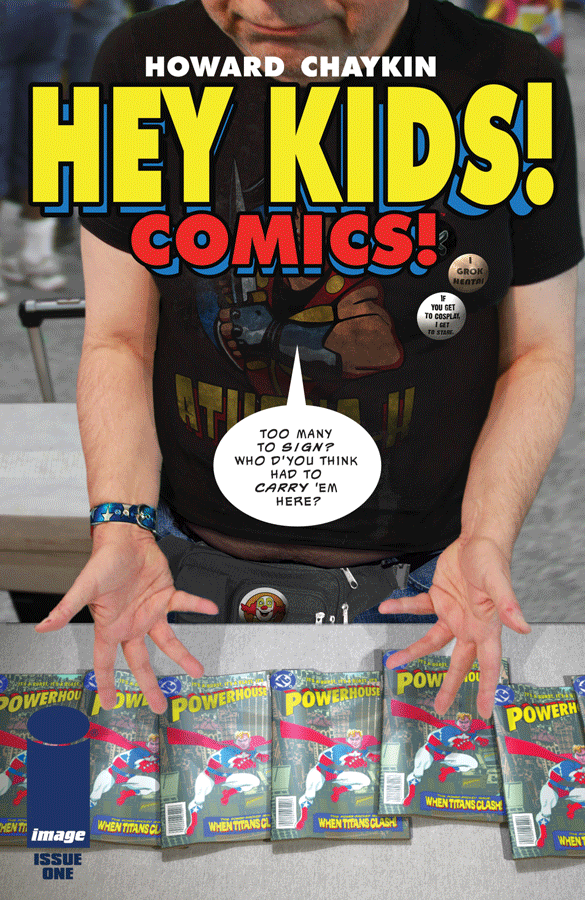 4. Hey Kids! Comics! By Howard Chaykin (Image) – Leave it to the biggest contrarian in comics to hit us from out of nowhere with his strongest work in decades hot on the heels of the most reviled book of his career. Chaykin pulls no punches and takes no prisoners in this warts-and-all look at comics’ decidedly sleazy ethical history, yet it’s all quite obviously coming from a place of absolute reverence for many of the masters of the medium that it’s taking entirely non-gratuitous “pot-shots” at. New Chaykin regular colorist Wil Quintana does a bang-up job providing stirring hues that make these pages absolutely sing, and goddamn if Ken Bruzenak’s lettering and “effects” still don’t look 20 years ahead of their time. Fuck all the naysayers — at his best, which this surely is, Chaykin still delivers a comics reading experience like no other. 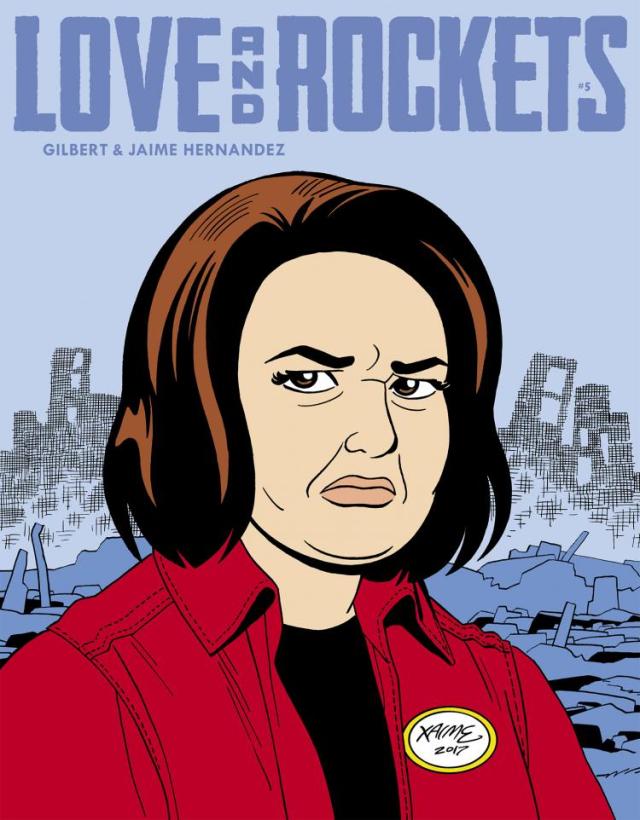 3. Love And Rockets By Gilbert And Jaime Hernandez (Fantagraphics) – Middle age isn’t something to be endured in the hands of Los Bros., it’s something to be celebrated, and this series’ return to its classic “magazine” format somehow accentuates the point that both brothers are making about “the more things change —.” This book is the reason you love comics. Pray it runs forever. 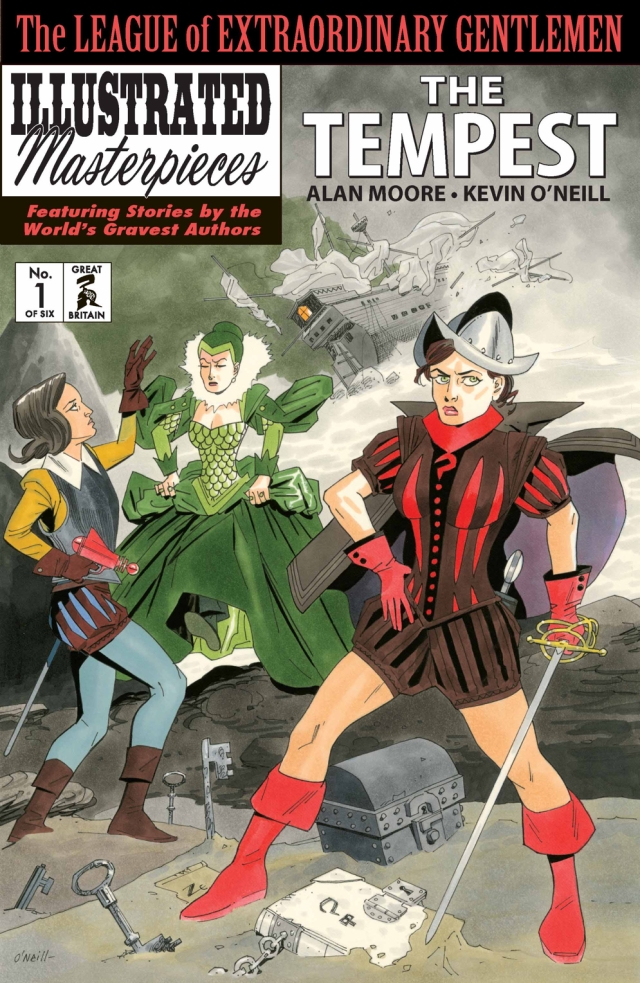 2. The League Of Extraordinary Gentlemen : The Tempest By Alan Moore And Kevin O’Neill (Top Shelf/Knockabout) – The final comics project (or so we’re told) from both of these legendary creators is both a love letter and middle finger as they head for the exits. The love letter is to the art form itself, while the middle finger is stuck up high, proudly, and entirely justifiably to the industry. A new, all-female iteration of the League is a stroke of genius, as is the decision to up the “humor quotient” considerably after the rather dark turn taken in the last “volume.” How much do we all miss this comic before it’s even over?

1. Now Edited By Eric Reynolds (Fantagraphics) – 120-plus pages of the best in contemporary cartooning for ten bucks an issue? How do you beat that? Answer : by infusing the title itself with a distinct sense of purpose that goes beyond such simple and easy anthology premises as specific themes or shared aesthetic sensibilities in favor of selecting work by cartoonists that not only exemplify, but in may ways define where comics is at — errmmm — now. Dash Shaw, Nathan Cowdry, Antoine Cosse, Daria Tessler, Roam Muradov, Al Columbia, Eleanor Davis, Theo Ellsworth — just some of the “murder’s row” of talent to appear in the pages of what is, without question, the quintessential anthology of the decade. Everyone is bringing their “A game” to the party here so far, and the result is my favorite series of the year, as well as the most significant.

And so we reach the end of the second of our six lists! Next up : Top 10 Contemporary Collections, the category devoted to 2018 books that presented material originally serialized as single issues, anthology stories, etc., as well as English-language releases of international material such as Manga, Eurocomics, etc. I’m hoping to have that one ready in the next couple of days here, do stop by and check it out!