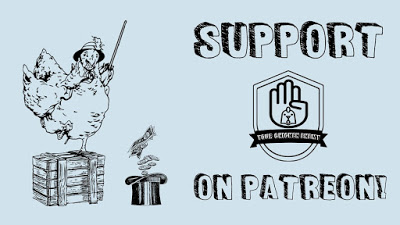 It goes without saying that almost every nominally “indie” cartoonist has a Patreon site of their own these days — but a few of us critics are getting in on the act, too, and it’s high time we devoted a Weekly Reading Round-Up column to them (okay, us), because all their (alright, our) stuff really is worth reading!

Daniel Elkin’s Your Chicken Enemy is the go-to “clearing house” for all things small press, not only because he now runs two reviews each week from voices both seasoned and fresh, and not only because his “In Case You Missed It” column is the single-best resource for finding out who wrote about what and where week in, week out, but because he actually pays his contributors! You do indeed get what you pay for, as the saying goes, and if you wonder how Elkin consistently gets the best content for his site — well, now you know. He’s recently launched a Patreon to help foot the bills commensurate with his ambitious expansion, and could really use your support. As could we all, actually, given that nearly everyone in the small press orbit counts on YCE gigs for beer money, at the very least. Open your wallet and head over to :https://www.patreon.com/YourChickenEnemy 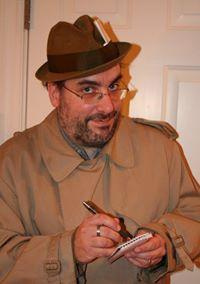 Rob Clough of High-Low could probably be considered the “grizzled veteran” of small press criticism, if it weren’t for the fact that he’s so damn friendly. Seriously, ask around and find out how many cartoonists got their first big break in terms of exposure via Rob. This guy is more “plugged in” than anybody else and it’s all down to the fact that people know they can trust his opinion — as well as trust him personally. To borrow a tired-but-true sports metaphor, every team needs a “glue guy,” and Rob is ours. Help a brother out by directing your browser to https://www.patreon.com/highlowcomics 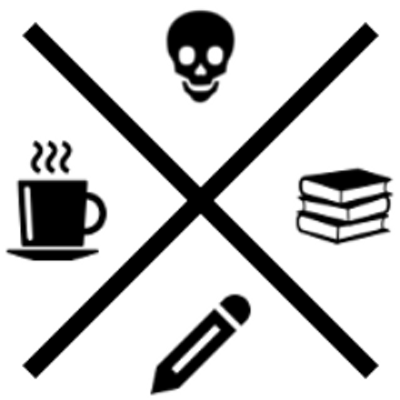 Alex Hoffman sets a consistently high bar for the rest of us to live up to with his thought-provoking, challenging criticism at Sequential State. He always tells it like it is and is one of the most genuinely skilled and analytical readers around. Any cartoonist who submits stuff to Alex knows he’s not going to miss a detail of the effort they’re put into creating their art. Quality criticism takes time, though, and time is money, so if you have any of the latter to spare, he could use it to help facilitate having more of the former. Or something like that, at any rate. Show Alex some love by donating to https://www.patreon.com/sequentialstate 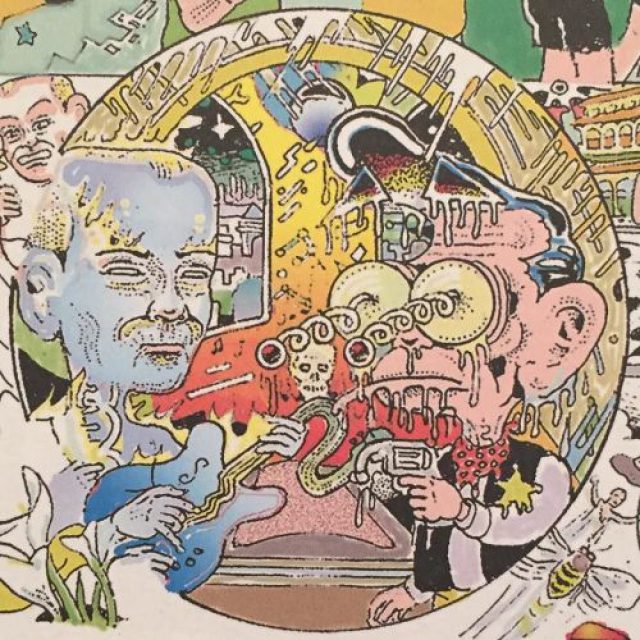 Finally, there’s yours truly, Ryan C., new to the whole thing with my Four Color Apocalypse Patreon site. I’m taking a slightly different tack over there by focusing on not just comics but also film, television, literature, and even the “real world” (whatever the hell that even means anymore). I definitely appreciate all the support readers have shown to me here, but if some (or, better yet, all) of you would do the same for me over there, I’d have a lot more time to write and be doubly grateful for that fact. You’ll find me typing with one hand, holding my hat in my hand with the other over at https://www.patreon.com/fourcolorapocalypse

Seriously, I know I speak for everyone when I say we’d all appreciate whatever you’re able to chip in, and by and large patronage comes cheap and we all offer you plenty of content for your money. Next week’s column will be more of what you expect — short-form comics reviews — but this week, please take a moment and consider lending a hand to all of us who steer your attention off the beaten path and onto things that are well and truly special. We all do this for the sheer love of doing it, and we’d love to keep sharing that love (is that enough “love” for one sentence?) for a good long time to come.