This one’s the latter, obviously, but not because reading the 2018-published collection of the late, great Mark Campos’ autobio webcomic Casino Son was anything less than an absolutely splendid experience, no — it’s simply a fact that this is one of those instances where separating art from artist is so utterly impossible that one shouldn’t even pretend to keep up the pretext.

Here, then, is the last work of an utterly unpretentious, immensely- (and justly-)respected talent, whose naturalistic tone, poignant observation skills, fluid minimalist line, and eye and ear for entirely unforced humor are put to use on the very best possible subject — himself. Specifically, his younger self, coming of age in late-’60s/early-’70s Reno, Nevada, a culturally- and emotionally-dislocated kid of Mexican-American heritage at at time — and in a place — where that alone was enough to mark you as being “other.” 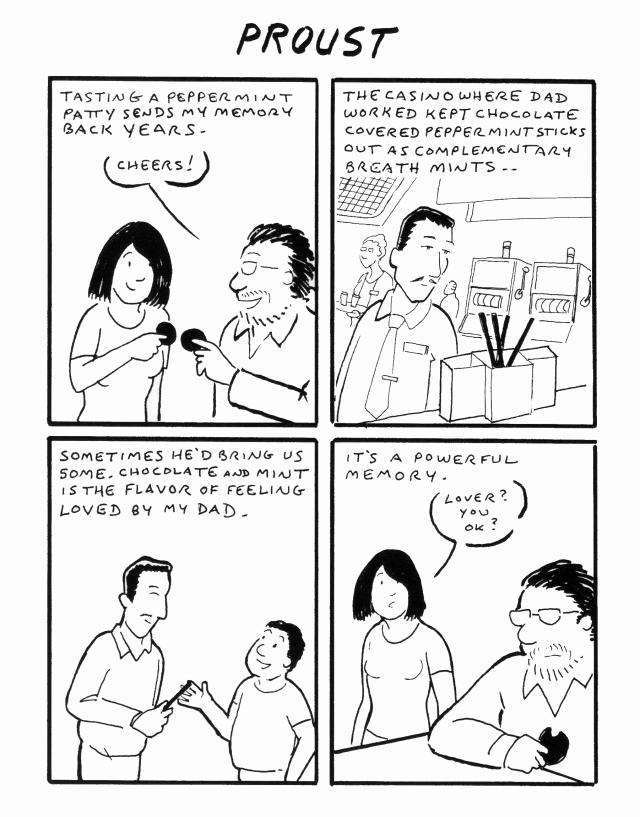 Strictly formatted as one-page strips, each with its own title, there is nevertheless a “flow” here, the strong connective tissue of memory proving to be well-nigh unbreakable, much as past is with present. As a good-bye, perhaps intentional and perhaps not, it’s painfully and powerfully effective — not so much an act of reconciliation as of appraisal, taking stock of where one has been in order to make sense of where one is and how one came to be there. These are tales of “little things” that continued to loom large, of evocations found in unlikely places, of childhood gone but hardly forgotten, a “Saturn Return” laid out in plain view for all who care to see it.

There’s no way to read this comic and not miss Mark Campos — even if, like me, you barely knew the guy, and only from a distance, at that. 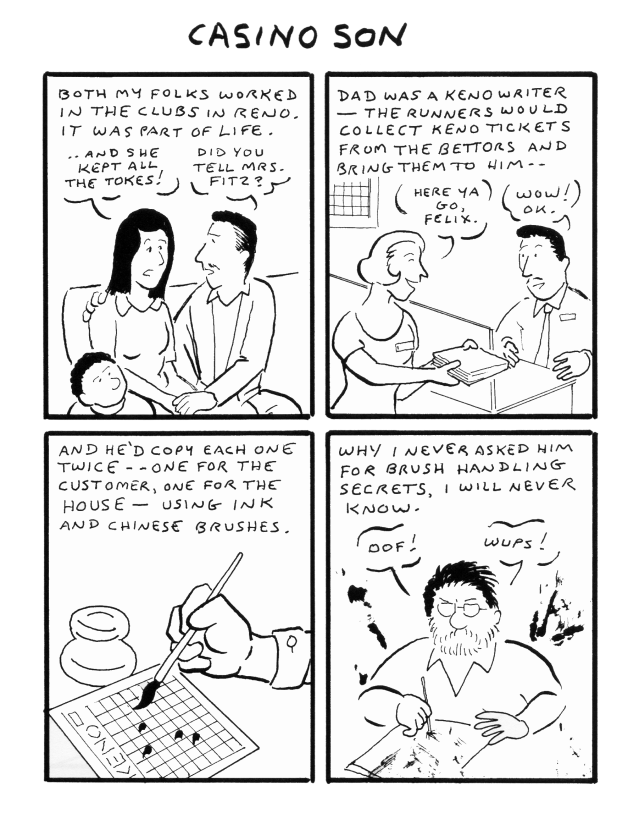 That being said, you certainly get to know him through his work, and that’s surely how he’d want it. Never the most boisterous fellow by all accounts, there is a gentleness and warmth to these strips, even at their most harrowing, that simply can’t be faked : here was an individual who had a story to tell — many of them, in fact — the means with which to tell it, and the sheer cartooning chops to make it sing. That song was quiet, wistful, tinged with melancholy, but beautiful in the way  that only a person who truly feels life — as opposed to just getting through it — can make it. Going back to what was said mere moments ago, and at the risk of contradicting myself, in point of fact you needn’t have known Mark Campos at all to miss him as you read this comic — but you’ll also be grateful for the time that he was here on this Earth, and the generosity with which he was willing to share both his own story and his art. 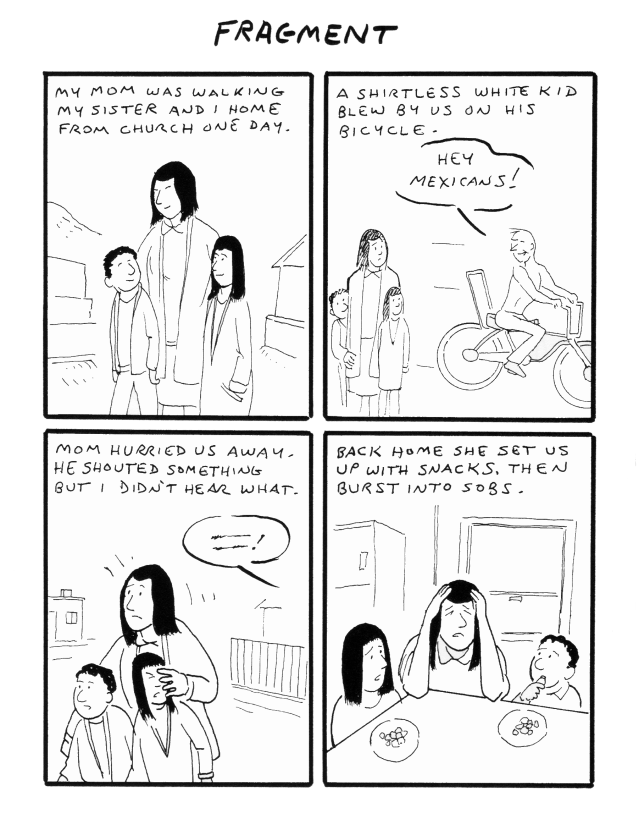 Nothing else to say then, really, other than — thank you, Mark Campos. I wish you were hear to read those words, absolutely, but they need to be said regardless.

Goddamn, but we lost a lot when we lost this man.

Mark’s friend Marshall Gooch kickstarted and published Casino Son, and it can be ordered from him directly by sending $9 via paypal ( $6 for the book, $3 for shipping) for US customers, $12 for international customers, to Marshallgooch@gmail.com

And, as always, this review is “brought to you” by my Patreon page, where I serve up exclusive thrice-weekly rants and ramblings on the worlds of comics, films, television, literature, and politics. It’s a slow and steady thing there, but I’ve managed to get a lot of content up so far, and I’d be very pleased and honored to have your support. Please check it out and consider joining up at https://www.patreon.com/fourcolorapocalypse

3 thoughts on “The Enduring Cartooning Legacy Of One Gone Far Too Soon : Mark Campos’ “Casino Son””