I don’t keep precise track, but it seems like it’s been a good month or two since the Round-Up looked at new “mainstream” stuff to that hit LCS shops the previous Wednesday, so we’re gonna correct that imbalance by looking at two first issues and two last issues that saw release this week. We’ll start with the “starts” and stop with the “stops,” if it’s all the same to you —

Killer Groove #1 comes our way from Aftershock and the writer/artist team of Ollie Masters and Eoin Marron. Masters seems to dig the “1970s period-piece noir with a twist” premise, as this is his second foray down that particular rabbit-hole, the first being his Vertigo series The Kitchen, soon to be a major Hollywood blockbuster starring Melissa McCarthy. This one seems just as ripe for commercial exploitation, but so far characterization, motivations, even the plot itself are all paper thin. Our protagonist is a struggling, marginally-employed (and, apparently, marginally racist) would-be rocker named Jonny, whose life takes a turn for the weirder — and probably more profitable — when he intercedes to save the life of a guy who turns out to be a Mafia hitman. The ease with which Jonny kills for the first time is pretty tough to reconcile with reality, but Marron’s suitably gritty art — to say nothing of Joride Bellaire’s atmospheric AF colors — are probably enough to keep me around for at least one more issue, maybe even two, but the story’s gonna have to improve fast in order for me to continue much beyond that. 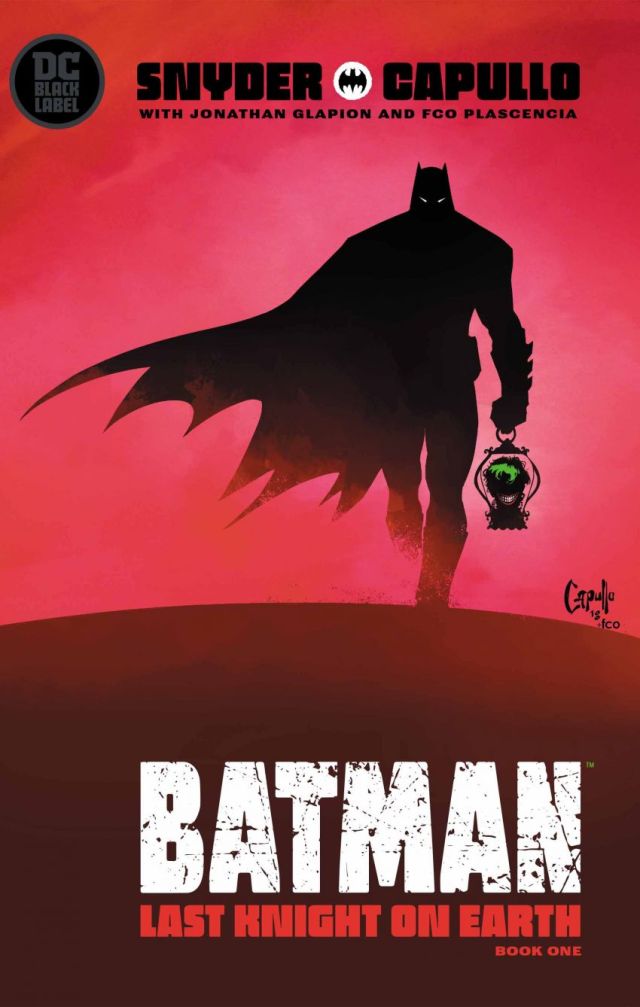 The downright weird Batman : Last Night On Earth #1  is not just the latest release from DC’s Black Label imprint, it’s also the last Bat-story from writer Scott Snyder, artist Greg Capullo, and their usual partners in crime, inker Jonathan Glapion and colorist FCPO Plascencia. Or so we’re informed. Truth be told, they said the same thing about Batman #52 and the Dark Nights : Metal mini-series, so we shall see. The basics here are that in the future, Darkseid has left the world a ruined wasteland and Bruce Wayne may or may not actually be in a psychiatric hospital and the Joker’s decapitated head is now a lantern. There’s nothing here that Josh Simmons and Patrick Kek didn’t already do before — and thousands of times better — in their Batman-in-all-but-name Twilight Of The Bat comic a couple of years ago, so why someone would drop six bucks per issue on this three-parter I have no earthly idea, but whatever. If this sort of thing is your sort of thing, then you’ll probably like this comic just fine, but I dunno. Elseworlds used to do better at this sort of storytelling, it’s just a fact, but there are quite a few cool visuals in this, so I guess it’s not a complete waste — even if several pages kind of telegraph ahead of time that it will, indeed, prove to be exactly that by the time all is said and done.

Sticking with DC but leaving beginnings aside in favor of conclusions, Tom King — who started this week by being “fired” from Batman and ended it by being put in charge of some new Bat/Cat project and signing on to co-write the forthcoming New Gods movie with director Ava DuVernay — and Clay Mann bring us Heroes In Crisis #9, which reads like a mercy killing that came, I dunno, six issues too late. Mann’s art is this annoying “sensitive, vaguely realistic” take on classic “cheesecake” stuff, and King’s dialogue is a stilted, disjointed mess. I read the first issue, skipped the rest, then give this one a whirl digitally, and while it was confusing as all get-go to read absent most of its context, it doesn’t take a genius to discern that there’s nothing in this issue that compels you to go back and read previous installments. Wally West killed all the other heroes at PTSD super-group home Santuary, only now he didn’t ‘cuz, ya know, time travel and all that. Personally, I’d settle for just getting back the 20 minutes of my life wasted on this horseshit. 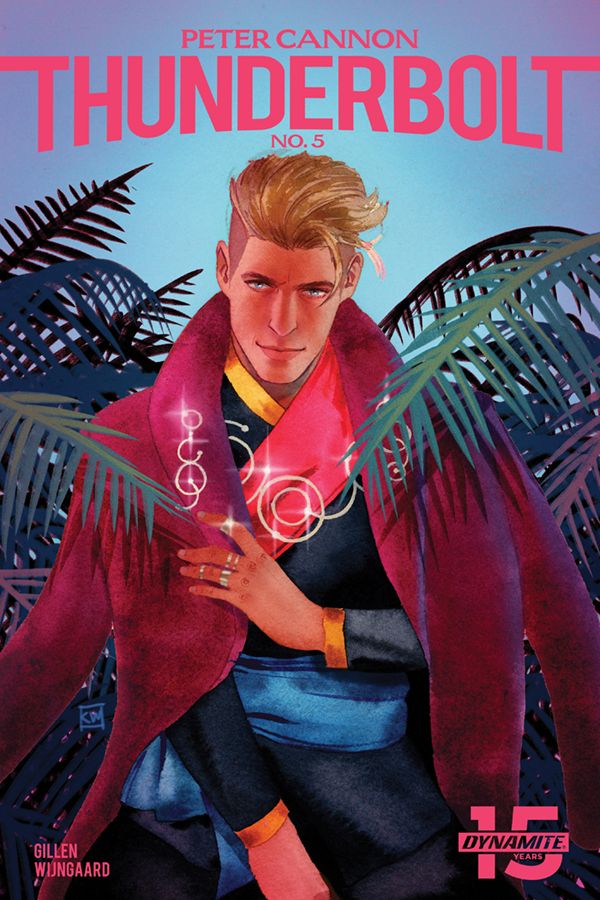 Dynamite’s apparently been cozying up to “comicsgate” quite a bit recently, so they’ve seen their last dollar from me, but Kieron Gillen and Caspar Wijnaard have done such an amazing job with this entirely unofficial Watchmen sequel that I cracked open the review .PDF for it and was blown away by the degree to which they were able to “stick the landing.” Not ready to say that Peter Cannon : Thunderbolt #5 is the strongest issue of the bunch, but it’s damn close, and Gillen seems to be surpassing Grant Morrison in terms of incorporating overtly “meta” trappings into his comics, while Wijngaard certainly makes the 9-panel grid look fresh and exciting for the first time since — well, since Moore and Gibbons used it as the main weapon in their arsenal over 30 years ago. Absolutely superb comics-making here, folks — the only question remaining is whether or not having only four issues in my longbox is gonna drive me straight-up nuts. Place your bets on whether or not I end up going back and buying this thing, or if sticking with my principles actually means more to me than my unhinged completism.

And so went the past week. As always, we close up with a note that I would sure welcome your support on my Patreon page, where I serve up exclusive thrice-weekly rants and ramblings on the worlds of comics, films, television, literature, and politics. There’s tons of content up on there already and joining only costs a buck, so come on — what have you got to lose? Here’s your link :https://www.patreon.com/fourcolorapocalypse